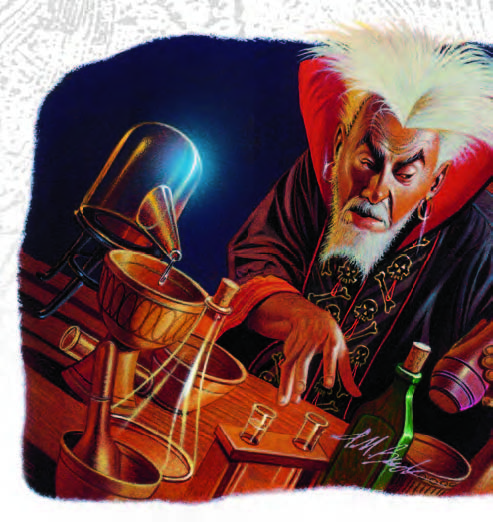 The first thing we are going to do is build our funnel. Where are our players going to start, and what are we going to use to get them engaged in the story to that point that they are going to want to see how it end?

You can go about this two ways, you can start at the top of the funnel and think about how we are going to catch their attention, or we can start to at the bottom of the funnel, the place where we would like our players to get to. 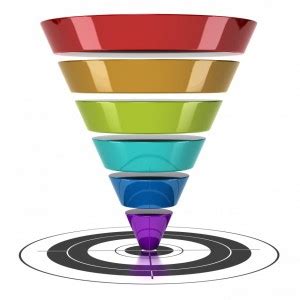 and look at the bottom of the funnel first. This is a lead or conversion in marketing, for you, it is the climax of your campaign. In marketing it might be a phone call, a form fill, or even a purchase; when we start looking into a campaign it too could be multiple things. But, let’s go with the tip of the funnel is the final encounter with the great Red Dragon who is keeping all the gold. I am going to use one funnel for the entire campaign, but you could break this out by story arcs or even tiers of play.

The top of the funnel is what we are going to use to start our players on the journey of adventure. For this, you are going to want to gather some data. I like to send out a google form to my players before we start a new campaign. In this, I will ask for information that will help me get the players into the story. Some things I will ask are, which of the three pillars (combat, exploration, role play) should be a part of the campaign, which ones should take focus, and/or if they should all have equal weight. What are their characters’ motivations? I will also add questions relevant to the campaign to see what they or their characters are interested in exploring.

You now have that data about your party, both the players and the characters, so now you can start building out the top of your funnel. These are the things that are going to, once again, get the players engaged. They can be a series of scenes, plot hooks, interactions, combats, or whatever so long as they continue to push the story forward.

What about random encounters and side quests? I personally do not like encounters that do not build on the story, but they can have a place in your campaign, just look at how it moves your players to the point you want them to be at. Side quests and random encounters can encourage the players to work together and develop teamwork, leading to a more cohesive party that will be ready when the hooks start rolling.

Okay, so to recap, the top of the funnel is going to draw your players into the story, turn them into a cohesive team that knows how to work together, and have plenty of hooks that will lead them closer to the bottom of the funnel and convert as they finish the story and take out the Evil Red Dragon.

The middle of the funnel is my favorite point in the campaign as a player, and perhaps the toughest part for me as a DM. This is the point where they know what the bottom of the funnel has in store for them, and now they are just working on getting there. This isn’t just a journey scene (although it could be the journey from the elves to deliver the ring to mount doom) it is where the opposition is showing its head, and the players are trying to cut it off, but don’t have the power, or all the information, or there is just something missing. There are fewer hooks in this part of the story, you are starting to put the pressure on here. So things like collect all the parts of the artifact that will allow the players to slay the dragon, meet all the trickster gods to help you defeat the curse that is wreaking havoc on the land, or building the army to face the opposing army that is raiding the kingdom are all things that can happen mid-funnel.

So now you need to finish fleshing out the bottom of the funnel. This is the final fortress, dungeon, castle, or whatever is the lair of your final encounter. This is where the heroes who have traveled the land finally win, or meet their demise trying. Things are dark and dire and the adventurers have no more time to mess around. You are going to use urgency to push your players to that conversion, goal, final encounter.

We use something called attribution models to track where our customers are coming from, where they have interacted with us (touch points), and when they convert how did we get them there. So this could be used in a couple of ways. At the conclusion of the campaign you can look at the actions the players took and use that to focus in on the next campaign and how they will interact with the world around you, or, unlike marketing, you can easily define those touch points for your players. 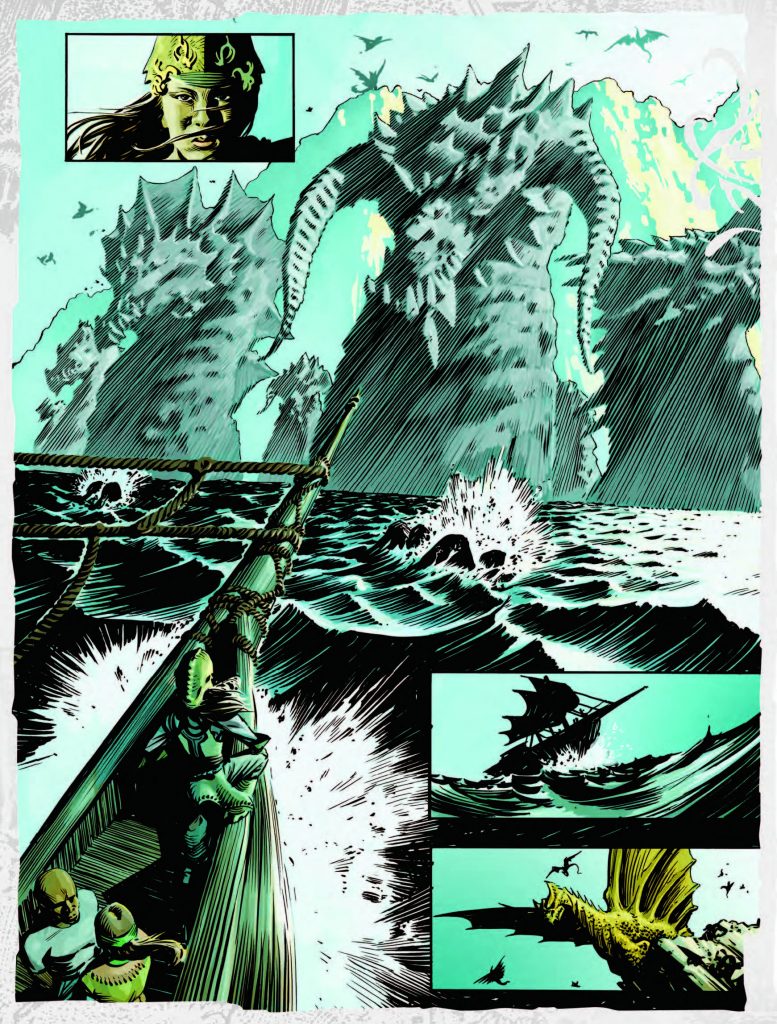 do to advance the story, these are my touch points. I have the final touch point planned out, defeat the Red Dragon. But, how do they get there? I have a plan with my funnel showing that this is what I want the campaign to look like, but how do I get the players to move from one part of the story to the next point in the story? That is what these touch points are.

The final touch point in the story is the result that we want, we want the heroes to fight the Red Dragon, and hopefully, they have all the tools they need by then to do so. You are going to need at least four touch points. The 1st is going to be getting the party together, the second is going to be pushing the party into the conflict (or the middle of your funnel), the third will be the players beginning the final approach, and the final touch point will be the party facing off with the Red Dragon.

The first touch point tends to be pretty easy, much like the final one, this is one of the bookends to your story. How do the players meet and become a party? Did they get hired on to guard a caravan, are they shipwrecked, did they grow up in the same village, did a troll crawl out of the pit and they had to save a bar full of patrons? That is your first touch point, you have gotten your players engaged, now is the time to nurture that.

The second touch points (in our four touch point model) is going to be the one that begins to put pressure on the party. They have established themselves at this point and have followed the plot hooks towards your end goal, and now they just need that last little push. That is going to be your next touch point, it could be something as simple as they found a map, heard a prophecy, or got invited to dinner by the vampire.

The third touch point is what leads them to the belly of the beast. The players have been fighting their way through all the opposition to get to this point and they are so close to the end they can taste it. This touch point is something along the lines of they approach the hidden lair of the Dragon and now they just have to make their way through the twisting tunnels leading to the final battle.

And, lastly the final touch point. The party opens the door end goes toe to toe with a god, The Count, or our elusive Red Dragon. This final touch point is where your story is going to come to a conclusion and the story will wrap up. That means you are going to want this conclusion to be epic so that the players are ready for your next campaign.

There are so many other tools that I could use from marketing to building an engaging campaign since marketing is all about the story. The story of your customer and how you helped them find your product by meeting the needs that they had on that journey. I feel with these tools lightly laid over a story planning it will allow you to build an engaging story that is not only going to be fun for your players, but it is going to be a blast for you as the DM.

Feel free to let me know what other tools you use when building out your campaigns. 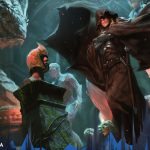 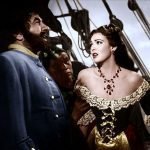 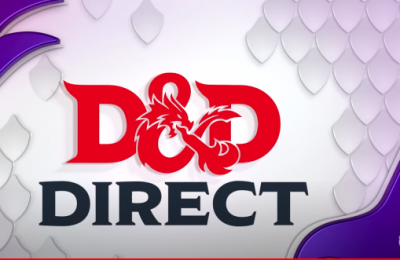 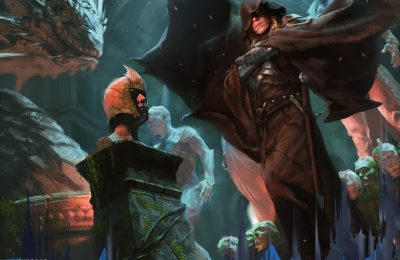 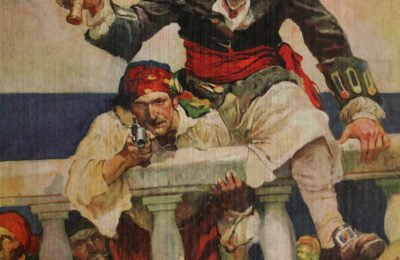